Pragma Twice is an upcoming puzzle game of the "programming" genre. It features full 16-bit pixel graphics and animations, two background tracks by Irene Chan, an in-browser code editor and console, and puzzles that will take your programming skills to the next level (pun intended). Every object in the game has an API, and certain objects in the game (such as the player) additionally have JavaScript "kernels" -- snippets of code that dictate the object's behavior. 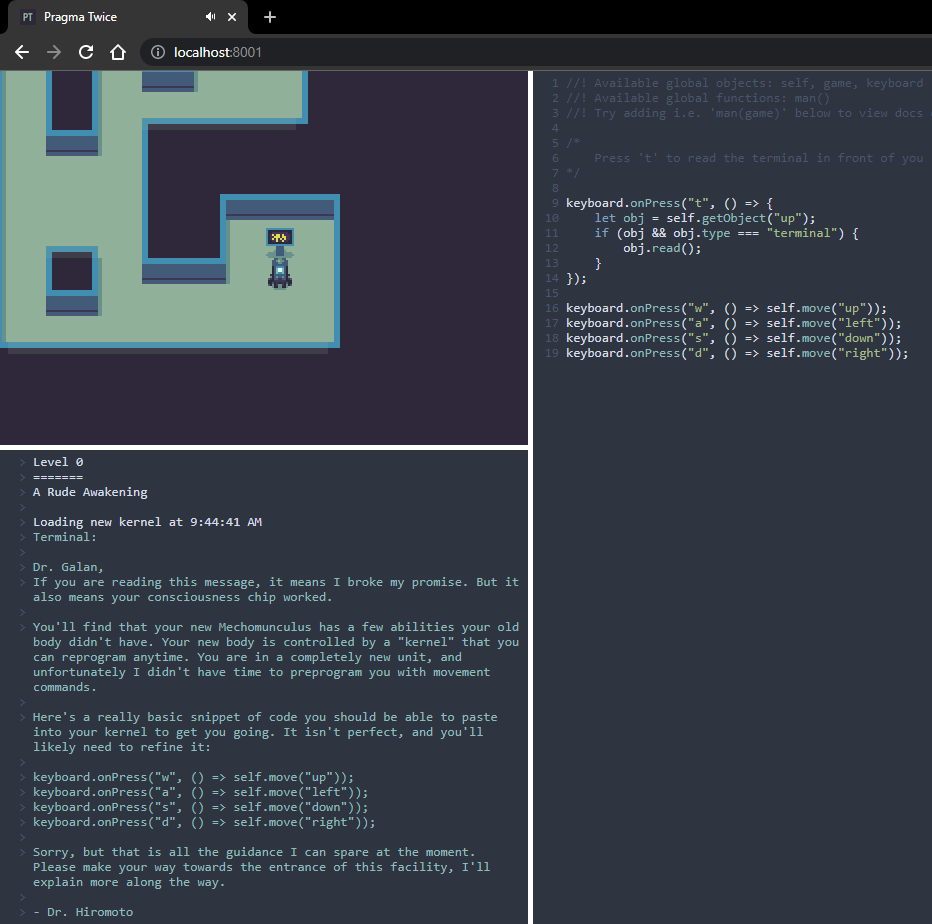 The screenshot above is of the first level. The player's kernel is preprogrammed with a keybinding to "t". When the player presses "t" in the game view, the terminal message is printed in the console which provides a snippet of JS for movement controls. Objects with kernels can reprogram other objects with kernels, including themselves. This ability to reprogram and interact with other objects in the game can give rise to some interesting puzzles. For example, the player (a robot), could program a different robot to walk forward, throw a switch, and then reprogram any adjacent robots to do the same: